Cons: Honestly, anything that goes in this list would just be nitpicking at this point

Number one reason you should go there: The beer. The vibe. The everything. Indeed Brewing Company is a Twin Cities craft beer standard, and often the first TC brewery (besides Surly) people will recommend to their friends. So you can count this as your recommendation.

For veteran Twin Cities craft beer drinkers, a trip to the Indeed Brewing Company taproom is much like a trip to an old friend’s house. The cozy, timber-outfitted interior and triangular patio lot is familiar to many, as well it should be – Indeed was the first production brewery to open a taproom in the popular Northeast Minneapolis area, back in 2012. 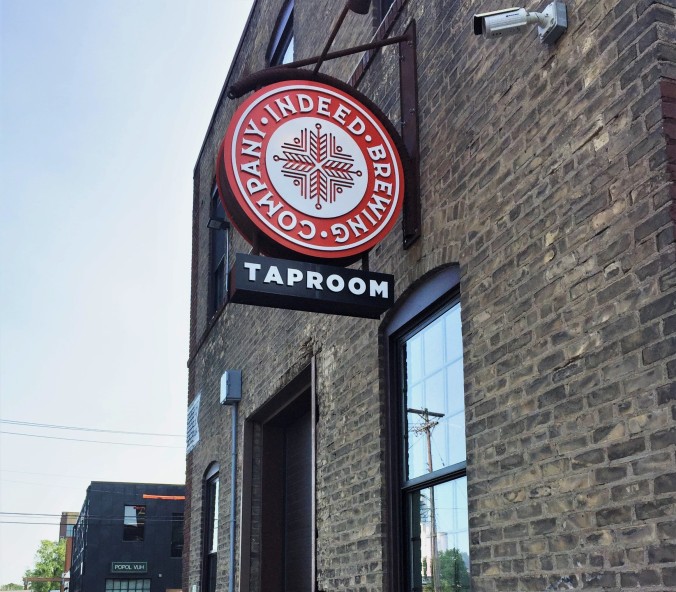 When we went, it was a typical sweltering Minnesota summer day, but even so we opted to sit outside on the patio, watching the Northstar train travel to and fro and joking that the employees of the Vito Lucco Pizza Co. food truck only had to open the windows and hold their pies out in order to bake them. 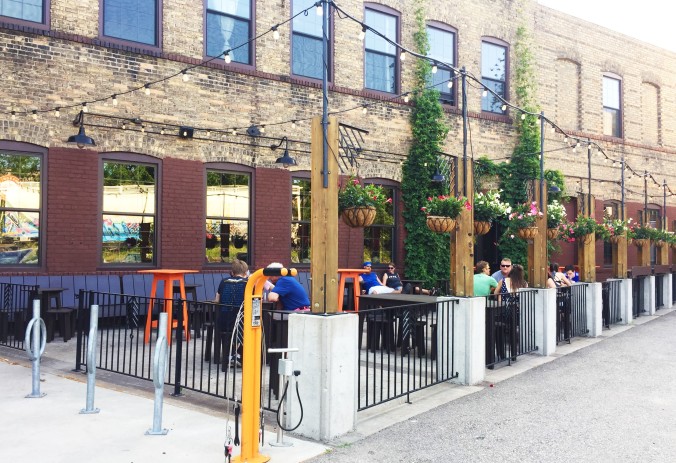 When the heat got to be too much, we headed indoors, sitting at the long wooden bench along the wall to watch the shuffleboard players and say hi to a couple people we knew. All in all, it was a very relaxing and low-key affair. There is a particular vibe you get from Indeed. The patrons there seem exceptionally down-to-earth. At some breweries (ahem *LynLake* ahem) you get the sense that people are there to be seen, drinking craft beer with their friends as a sort of status symbol. At Indeed, the customers are there to drink craft beer with their friends, end of story. 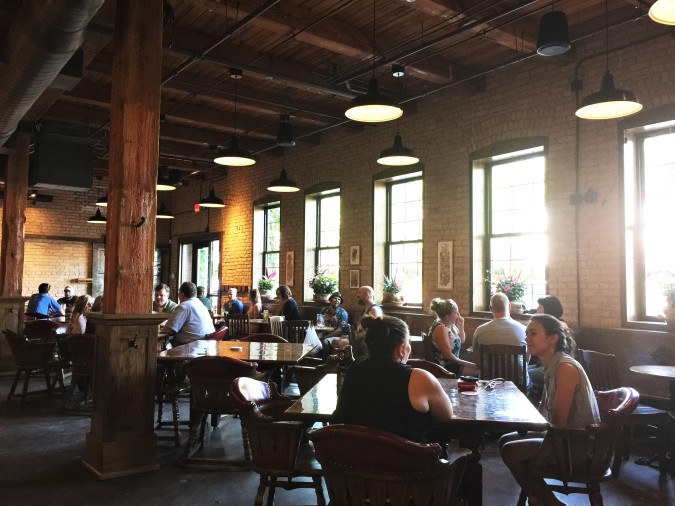 We were also excited to spot one of the posters we have at home hanging on the wall behind the bar. It is an image of a giant sloth that I’ve now learned was created by local artist Chuck U, who also does the artwork for all of Indeed’s cans, bottles, and packaging. Much like Bad Weather and Fair State, Indeed Brewing Company impresses in the sheer variety and amount of beer they produce. In addition to their core beers and IPAs, they have a cache of seasonal favorites, limited brews, a barrel-aged series, and often special “infused” versions of various beers only available at the taproom. This wide spectrum means Indeed has a solution for almost any beer need. Need a good, standard pale ale to appear next to Surly Furious on your bar menu? Day Tripper is your ticket. Need a “fancier” bomber to gift to as a gift? ‘LSD’ Honey Ale has you covered. Or maybe a beer for your more adventurous patrons, that pushes the limits of what beer can be? Look no further than Mexican Honey Imperial Lager.

Indeed’s brewing strategy is especially calculated and well-thought-out, and the beer calendar, availability map, and freshness complaint form on their beer page are evidence of their commitment to both customer service and quality. You can see our reviews of the beer we tried that day, as well as some of my reviews from the past, at the Untappd links below:

One thought on “Indeed Brewing Company”