Cons: Unsatisfying atmosphere (cold and basement-like…but hey, if you want to re-live those college parties…)

Number one reason you should go: 12welve Eyes may not have nailed the lounge atmosphere, but they have some solid brews and a popular, convenient location. Have yourself a Dry-Hopped Hefeweizen, admire the Pioneer Endicott grand hallway, and head off to another brewery adventure…perhaps to Barrel Theory or Tin Whiskers, both just a few blocks away.

After hoping for an innovative space and receiving a taproom that was (while engaging and inviting) nothing new at Barrel Theory on our last review, I was excited to try our next brewery, a newly-opened space in St. Paul that brings us back to the beginning of the alphabet. 12welve Eyes Brewing (named for its three glasses-wearing founders) bills itself as a “lounge, not a warehouse,” and “cozy and intimate enough to enjoy by yourself or with a group.”

12welve Eyes’ profile is also bumped up by its location in the historic Pioneer Endicott building in St. Paul’s trendy Lowertown neighborhood. Top it off with the founders themselves, a neo-Weezer “brewing jam band” who started their journey with a $1,000 all-grain homebrewing setup who seem just as poised for the stage as for the brewery, and we definitely seemed in for something new.

So did we get a lounge?

“With a 1970s basement vibe,” added Evan, and their description felt distressingly accurate. 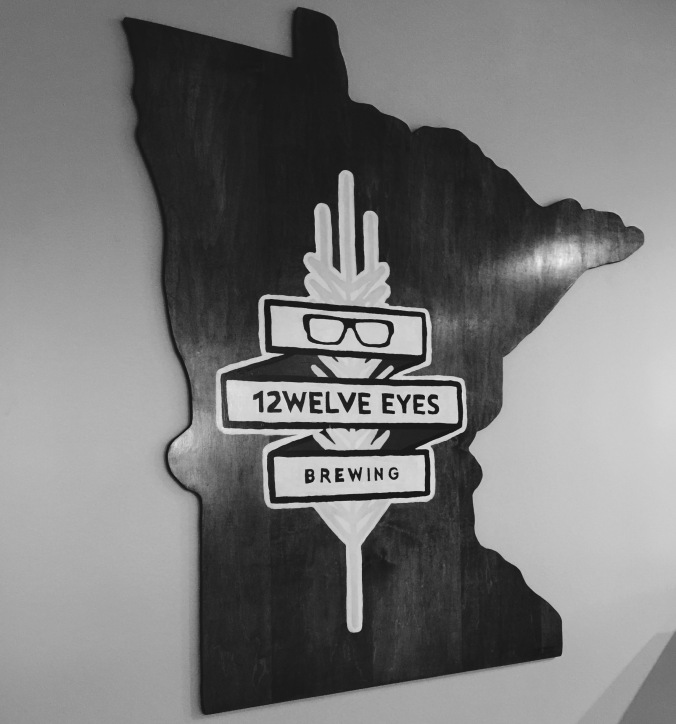 I don’t want this review to seem too heavily weighted to the con side, because there were plenty of positives about 12welve Eyes brewing as well. For one thing, some amazing murals adorned the walls, such as the work of the founders above, as well as this stunner of our state bird: 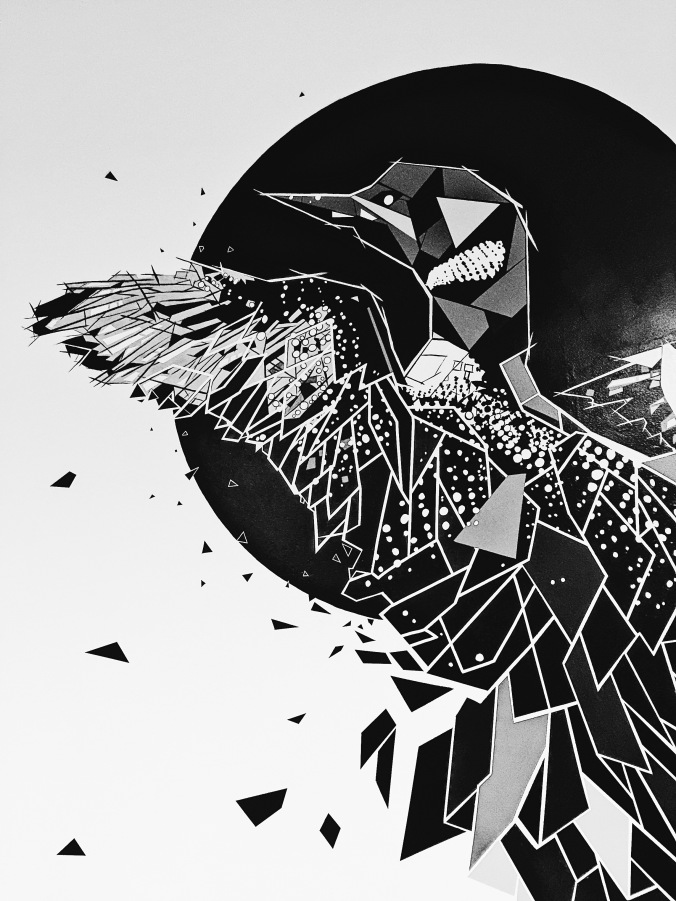 They also had these uniquely-shaped stools:

That has to count for something, right? As do leather couch-chairs, local artwork, and a marvelous polished floor of patchwork wood and concrete. It’s also worth noting other patrons didn’t seem turned off by the environment. A group of what seemed to be the 12welve Eyes target demographic (urbane 20- and early 30-somethings on happy hour) stayed for at least two rounds, and a couple of one-offs at the bar kept up a long beer-centric chat with founder Elliot Grosse for the hour or so that we were there.

So how was the beer, anyway? It ranged from middling to pretty good, depending on what you ordered. Both the sour & sweet Lemon Hefeweizen and the crisp & zippy Dry-Hopped Hefeweizen were stand-outs, and Ethel Beavers gets a point just for the name. The Legacy Chocolate Stout, however, promised loads of dark chocolate that it did not deliver. You can read the reviews of those beers, as well as the others we tried, at the Untappd links below. I would also like to point out here, apropos of nothing, that one of the bartenders was wearing this shirt.