Number one reason you should go: Day Block Brewing Company has adopted its identity as a Minneapolis brewery through and through. After the obligatory visit to Surly, I’d tell a tourist to hop on the Green Line and visit this little piece of Minneapolis history.

Day Block Brewing Company is special for a couple reasons: (1) it’s the first brewery on the list to double as a full restaurant and bar and (2) it’s where Adam and I are having our wedding reception a little less than a year from now (in the event center above the brewery). It’ s also the most centrally-located brewery we’ve covered so far, just blocks from downtown Minneapolis and the new U.S. Bank Stadium. Much of Day Block’s character draws from the historic building in which it resides, a structure of exposed brick and wooden floors built in 1883 by flour and lumber magnate Leonard Day. If you’re interested, Day Block has more about their history on their website.

On Wednesday at happy hour, Day Block was reasonably busy but calm, growing a little louder as the evening went on. The clientele was an eclectic mix of people: middle-aged women having an after-work drink, a Vikings jersey-clad father and son, an old couple at the bar, and the obligatory group of twenty-somethings.

Day Block’s history isn’t the only element that lends it character: their food is fantastic, and the chefs know it. It was the reason Adam and I weren’t able to have a pizza truck outside for our wedding reception (conflict of interest), and the reason our server grew agitated when dad and I asked for alterations on our pizzas.

“Um…I can ask. But the chefs don’t really…they…they’re proud of the menu,” he asserted.

We told him it was fine, but he said he would ask anyway. A few minutes later, he came back looking relieved.

The kitchen was in a good mood that day. And, consequently, so were we. Day Block is one of those rare places where you don’t have to worry about what to order, because every menu item is inevitably a home run. There wasn’t one dish we tried that wasn’t knock-your-socks-off delicious. Day Block is not just a brewery that happens to have food, it is a quality restaurant in its own right. 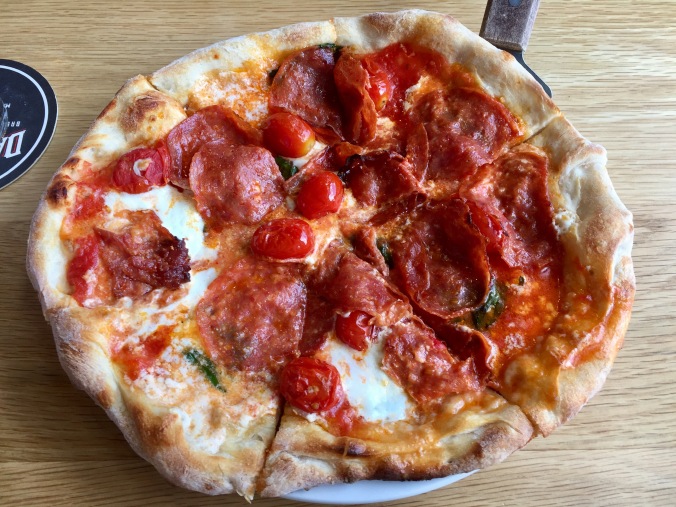 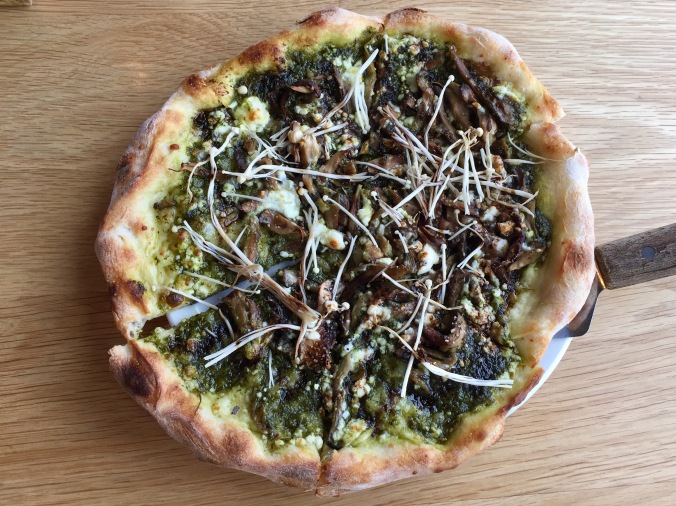 Given all this, the beer at Day Block almost seems incidental. But without beer, of course, there would be no brewing company. My favorite beer of theirs was the Citra Pale Ale, which reminded me of Founders All Day IPA or New Belgium’s Voodoo Ranger 8 Hop Pale Ale. I also enjoyed the Berliner Weisse, which was surprisingly and pleasantly sour. You can read my Untappd reviews of those and Day Block’s other Minneapolis-themed brews at the links below (NOTE: I thought the Leonard Day IPA was too malty at the time of my review, but liked it much more on subsequent tastings. Crazy how taste changes based on what you’ve eaten/drank directly prior): 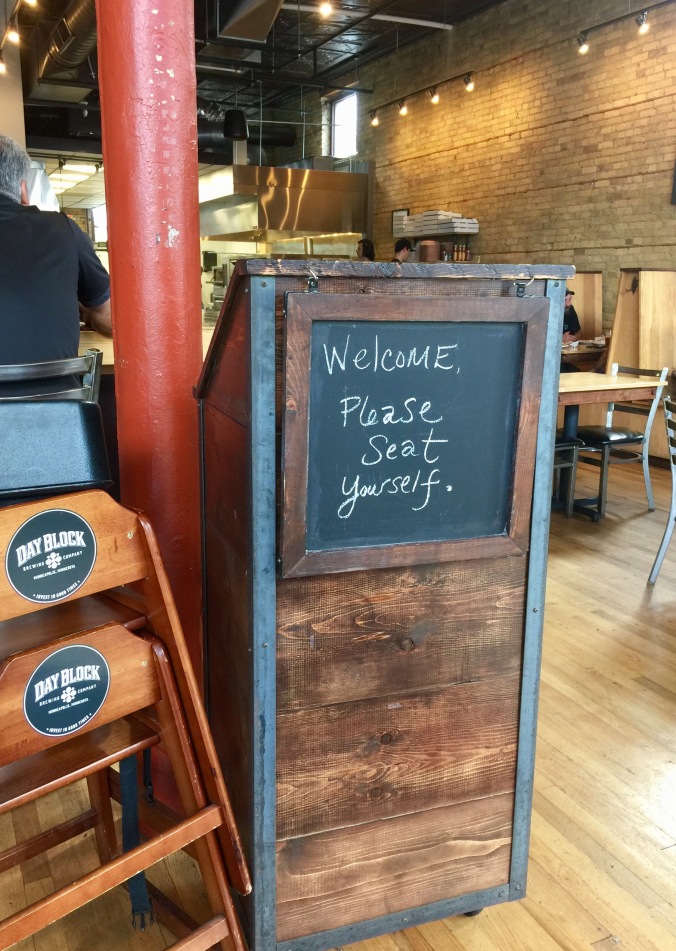