Number one reason you should go: Bald Man Brewing hasn’t quite found its identity yet, but it is also brand new. Go there in a year to see how they’ve grown.

Going into Bald Man Brewing feels like going to the vet. Or going to get your taxes done. Or maybe shipping a package. Situated in a business park in Eagan, MN, the isolated brick structure neighbors a water purification company. The cookie-cutter letters of the brewery name mirror those of the businesses around it, giving the distinct feeling you’re about to run an errand rather than relax and drink cold brews with friends. It’s an odd feeling, to say the least. 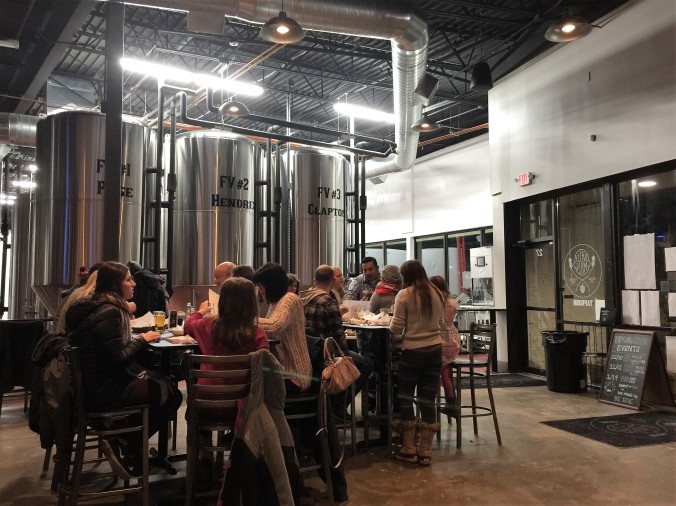 Whether it was the slightly-too-fluorescent lighting, the quiet-but-busy atmosphere, or the isolated, suburban location, the feeling of running an errand never completely left me all throughout our trip to Bald Man. Then again, I was on assignment. 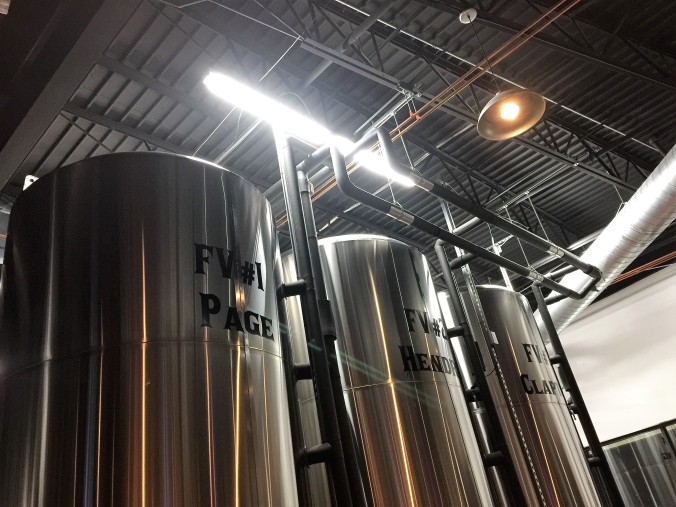 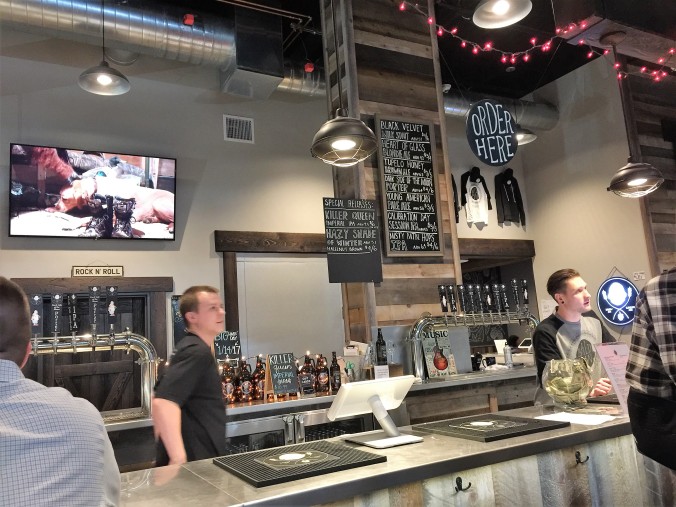 They’re hard to see from this angle, but the growlers with Christmas lights in them were my honest-to-god favorite part of the decor.

Bald Man Brewing is Eagan’s first taproom, and with its moderately industrial-chic decor, mural + artsy posters featuring their brews, and (most importantly) satisfying craft beer, it does technically fill all the trappings of that need. A sliding barn door separates the main hall from a side room, and a porch out back looks like it provides a good amount of outdoor seating during the summer. 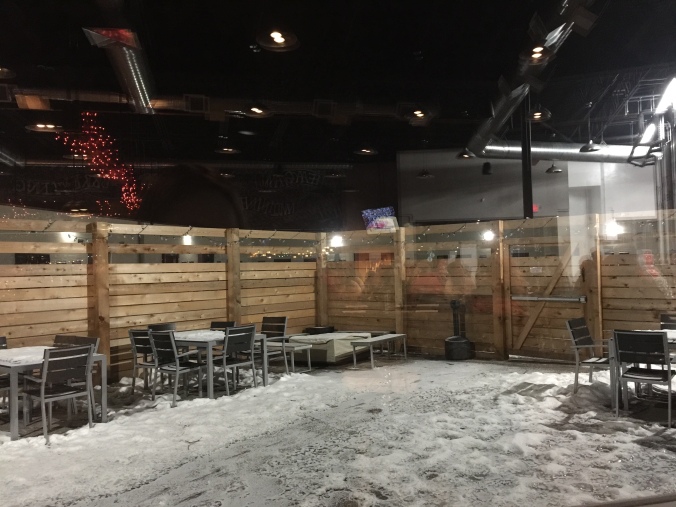 But for all of Bald Man’s qualifications, it never quite comes together into a cohesive, brewery-atmosphere whole. Given its location, the clientele predictably skewed older and more subdued, like a dive bar crowd that accidentally stumbled into a craft brewery. It’s also very possible that because it’s so new, Bald Man is still trying to find its identity as a brewery, and given how good their beers are, we’ll blame it on that for now. 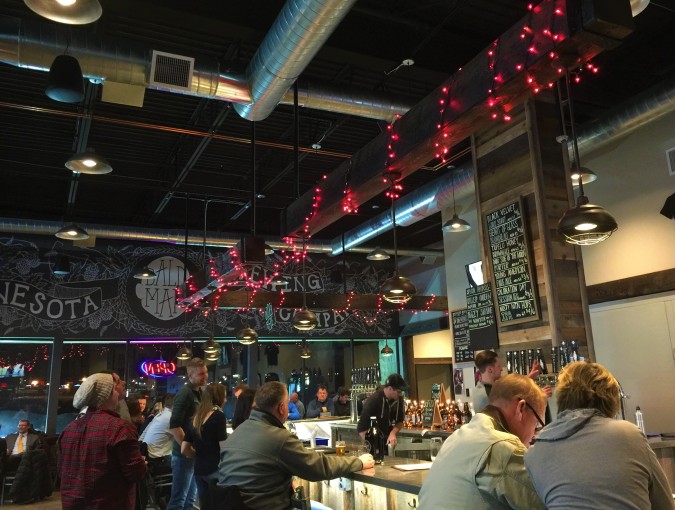 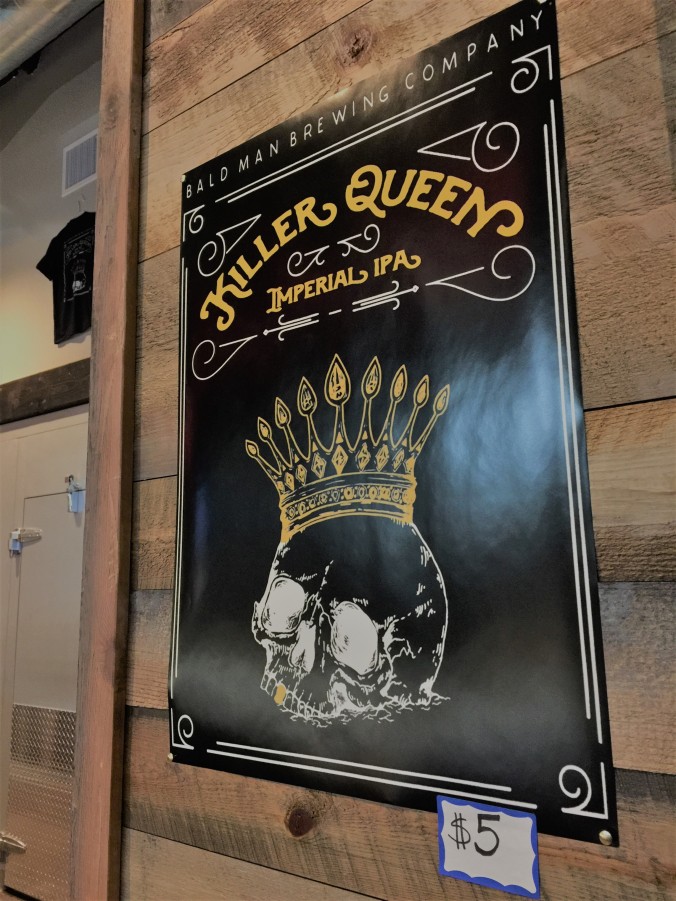 Bald Man’s beers are interesting. Some are could-grow-on you oddities while others are slam-dunks of well-trodden classics, such as the Killer Queen Imperial IPA (4.75/5), reviewed by me here on Untappd. The grapefruit-y Calibration Day IPA (4/5) was another notable brew. The other beers I reviewed were: 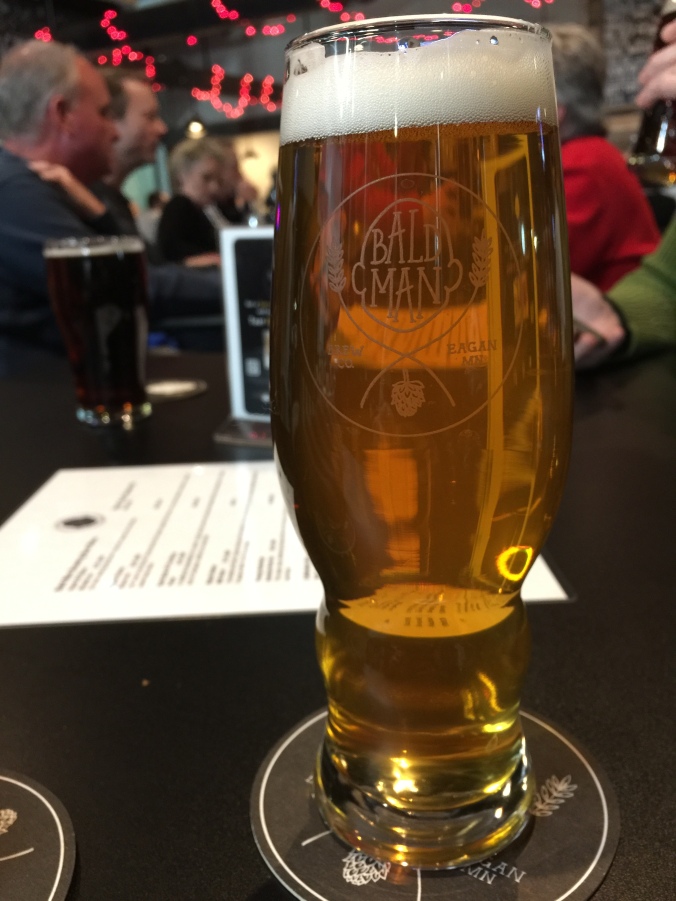 Misty Mountain Hops IPA. It should also be noted that Bald Man serves their beer in some very interesting glasses to match the style of the beer. No boring straight-walled pint glasses to be found here! 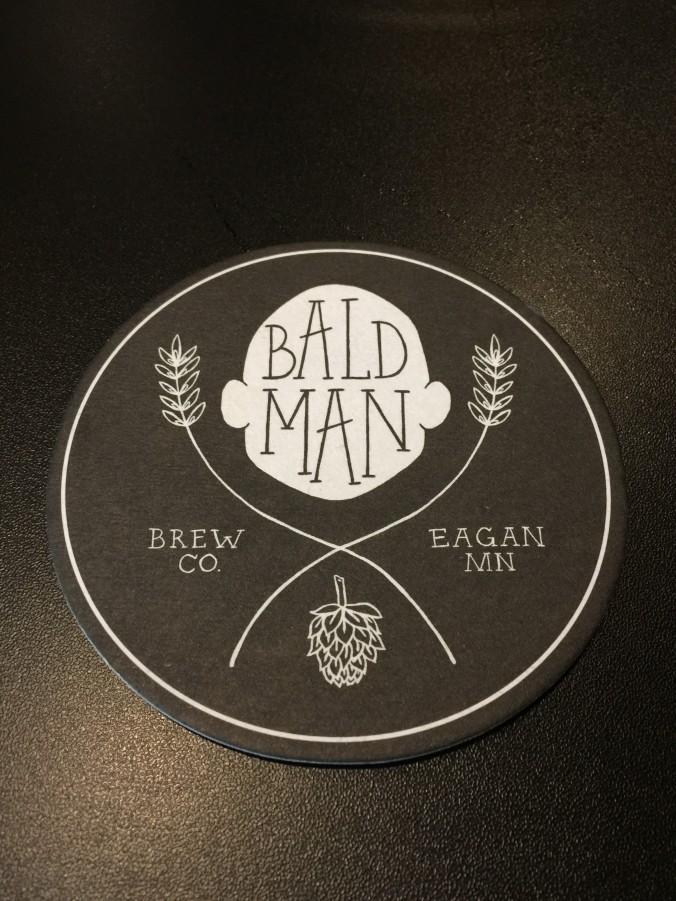